Could “Lefty” be the right choice?

Golf’s U.S. Open tees off from Torrey Pines in California Thursday and a number of sports bettors are placing wagers on Phil Mickelson. The 51-year-old left-hander stunned the golf world by winning the PGA Championship in May, becoming the oldest player in PGA history to win a major.

Now, with another major approaching in Mickelson’s hometown of San Diego, people are placing bets in favor of him winning again. Mickelson is currently second in handle percentage at DraftKings Sportsbook at 9%, only slightly behind Brooks Koepka, who leads in handle at 10%. However, Koepka and Mickelson are tied in the overall percentage of bets at 7%.

In regard to futures odds, Mickelson is pretty far down the board. William Hill Sportsbook has Jon Rahm as the favorite at +1000. Rahm had a commanding six-stroke lead in the Memorial Tournament two weeks ago before being forced to withdraw as a result of a positive COVID test.

This week, Rahm is hoping for redemption at Torrey Pines, a place where he earned his first professional win in 2017 at the Farmers Insurance Open.

“Rahm plays well there, he’s in good form and he’s gotten money, so he’s the lowest-priced golfer,” said Nick Bogdanovich, Director of Trading for William Hill US. “He was so far ahead of everyone and he’s been the guy with the shortest odds for the past month or so. People may think that he’s due a break and may end up betting him more.”

Sportsbooks offer prop bets to spice up the Koepka-DeChambeau rivalry

DeChambeau’s recent rivalry with Koepka, spawned in part by some testy Twitter exchanges, has prompted some prop bets at the best sportsbooks in Pennsylvania. This week, a number of head-to-head wagers are available on which golfer will have a higher finish at the U.S. Open.

Currently, Koepka is favored to win that matchup with a moneyline price of -108 at FanDuel Sportsbook. DeChambeau, who is the defending US Open Champion, is -118.

The rest of the top 15 favorites in futures odds are below. 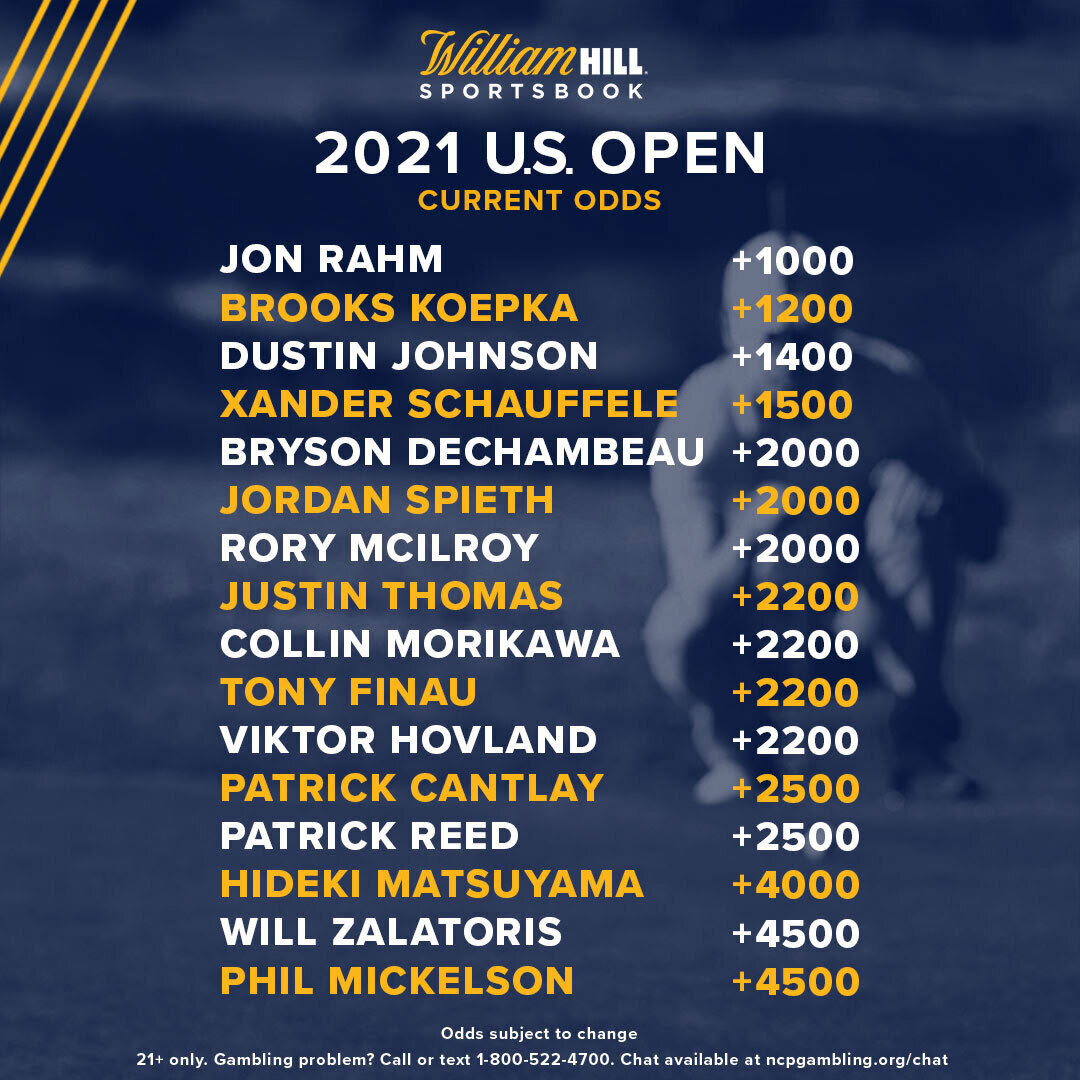 William Hill has futures odds available on 147 golfers in all. The region’s sportsbooks also have a wealth of wagers on finishing position, group betting, making/missing the cut and a number of other props as well.

FOX Bet PA also has some intriguing boosted bets including any tournament round to be 64 or lower (boosted to +200) and Phil Mickelson to finish in the top 20 (boosted to +300).

In terms of liability, Mickelson is shaping up to be one of the biggest exposures for BetMGM Sportsbook. Mickelson opened at +15000 in U.S. Open futures and is now +5000.

“In 2008, Tiger Woods won at Torrey Pines with a score of 1-under par,” said Jason Scott, Vice President of Trading at BetMGM. “If the course plays as difficult this week, both players and bettors are in for a thrilling tournament. Justin Thomas and Jordan Spieth have received plenty of support from bettors early in the week and are expected to be the sportsbook’s big liabilities when it tees off.”

Ten bucks could make you a millionaire at DraftKings

Daily fantasy players can also find some contests worthy of a major tournament. For just a $10 entry fee, players can enter DraftKings’ Fantasy Golf Millionaire, which features a $2.5 million prize pool and a first-place payout of $1 million. And if you need help building a lineup, this PGA Tour preview might be a good place to start.

Over at FanDuel, the PGA Mega Eagle offers a $100,000 first-place prize with an entry fee of $9. Lineups will lock when the tournament begins at 9:45 a.m. ET Thursday.

US Open pairings should provide some early intrigue

Television coverage for the U.S. Open will be split between the Golf Channel and NBC. And some of the big names will tee off early Thursday, with Collin Morikawa, Justin Thomas, and Brooks Koepka starting at Tee #10 at 10:29 a.m. Eastern. Max Homa, Xander Schauffele, and Mickelson tee off at #10 just a little later at 10:51 a.m.

Perhaps Mickelson can find the same magic that carried him to victory last month.

“He just won the PGA Championship and he’s back home, so he knows the course better than anyone,” Bogdanovich said. “There will be seven-figure liability on him when this kicks off.”

No one knows how the U.S. Open will ultimately end. But one thing is already clear.

Many think Lefty is the right choice.